A little over 24 hours ago, I arrived back in New York City after spending 4 days in Barcelona, Spain. It was my very first time traveling to Europe, and most certainly not my last. In the short amount of time that I was there, I can say that Barcelona has risen to my list of top favorite cities that I have traveled to thus far. With it’s vibrant culture, rich history, and wonderful experiences, I am in awe of how much this city has to offer.

I traveled with two of my best friends from high school. We departed for Barcelona from JFK airport on Tuesday, February 23rd around 5pm. We took Aer Lingus where we had one stop in Dublin, Ireland both ways there and back for only $667 round-trip. The flight was seamless and extremely prompt. Our planes were clean, the staff was great, and the food was actually pretty tasty. My overall rating for this airline was 5/5.

We arrived in Barcelona around 10:00AM on Wednesday, February 24th and had no trouble getting our luggage after we got off the plane. We were out of the airport and in a taxi on our way to our Airbnb which was right across the street from la Sagrada Familia. The Airbnb was perfect. It was clean, cozy, and most importantly, it was in an amazing location which was around the corner from the L2 metro. 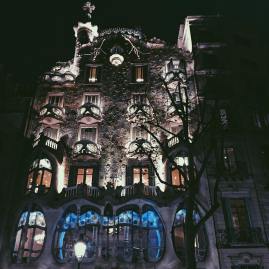 The first thing we did on the day one was getting most of our shopping done. We took the metro to the Passeig de Gracia stop where all of the high-end stores were located which reminded me of SoHo in Manhattan. We spent hours walking up and down the street and visiting the different stores. In between shopping, we took a break and ate at TapaTapa restaurant where we, of course, ordered multiple tapas and a pitcher of Sangria. After we finished shopping, we stopped and got a close look at Casa Battlo without going inside. We then walked over to the Arc de Triomf which reminded me of Washington Square Park in Manhattan. It’s crazy how many parallels I can make for Barcelona and New York City. 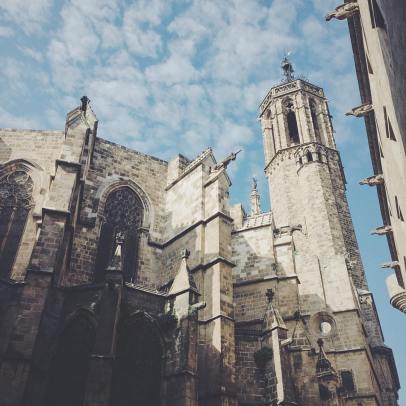 On Day 2, we ventured to the Gothic Quarter which was Barcelona’s version of Old City, and my personal favorite part of the trip. There, we visited the Picasso Museum, took a look around the flea market, and ate a late lunch near the water. This part of Barcelona had the most beautiful architecture and such a strong sense of history, met with modern restaurants and cafes. Later in the evening, we went out to a bar near the water where we had our lunch which was surprisingly quiet for a Thursday evening which is typically a big night to go out here in New York City. 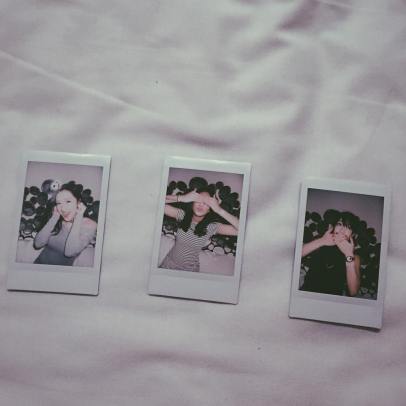 Time flew by quick and all of a sudden it was already Friday. On Friday, we woke early to visit Parc Guell which was one of our most anticipated sight-seeing experiences. We walked throughout the entire park and avoided paying the fee to go inside of the area where the mosaic architecture resided. In Parc Guell, we enjoyed the beautiful view overlooking the city and experienced hearing some authentic Spanish music where musicians would play for the huge crowds of tourists. After a long day of walking, we went back home to rest before our real night of going out where we headed to Opium night club which was the most recommended place we heard about. It was definitely a touristy club which didn’t get actually crowded until around 1:30AM. We ended the night there and were exhasted by morning. 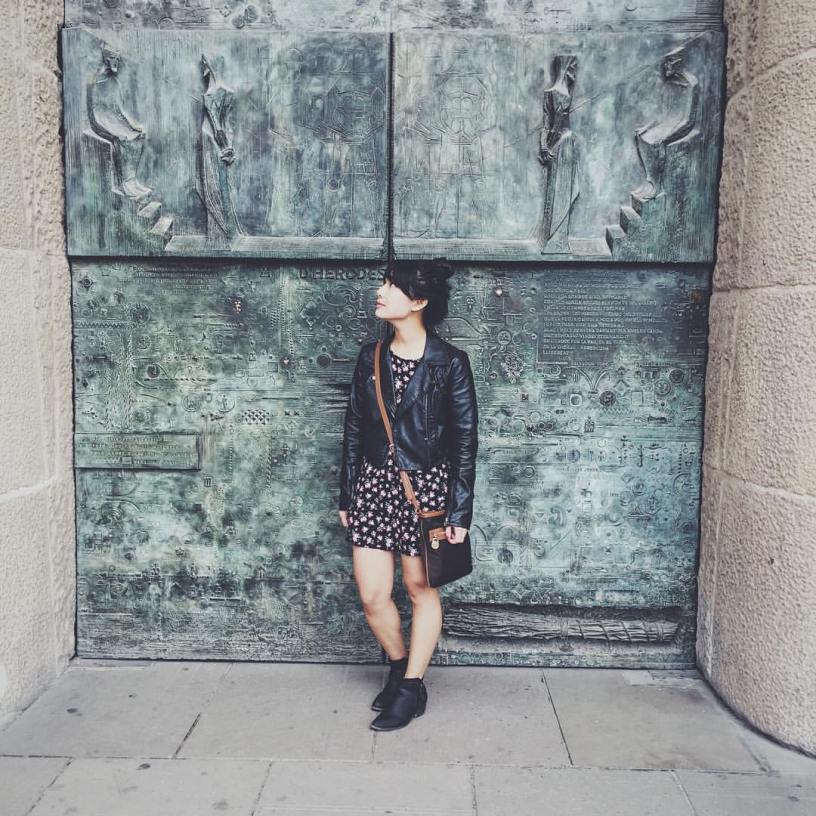 On our very last full day in Barcelona, we finally went inside of la Sagrada Familia. (My recommendation is to buy the tickets online first to avoid the lines, especially on a weekend to avoid the crowds. This was a tip we actually received from another American tourist we met while at Parc Guell.) The church was absolutely astonishing and completely worth paying to go inside. After nearly an hour inside of the church, we headed to Camp Nou to see none other than the amazing field that FB Barcelona plays. The field was amazing, and unfortunately, we didn’t get to catch a game (but they actually played on the same day that we left Barcelona). On the last night, we had dinner at a local restaurant near our Airbnb and packed up our suitcases and mentally prepared to leave our perfect trip.

Overall, we were able to do so much in only 4 days. There was still so much to see, but we enjoyed every minute of every hour that we experienced. Not a second was wasted and we took advantage of every opportunity despite how tired we may have been.

It was an unforgettable trip and I would go back in a heartbeat.

In about one month, I’ll be taking my very first trip to Europe. To be specific, I’ll be going to Barcelona, Spain for five days at the end of February with two of my closest friends.

Since 2014, I’ve managed to book an international trip to a different continent each year. In the summer of 2014, I traveled to Melbourne, Australia. In the spring of 2015, I traveled to the Philippines. And now, in the winter of 2016, I’m making my way to Barcelona, Spain.

After telling several people, it always seems like a shock to them that I hadn’t chosen Europe sooner. If anything, I’ve done the opposite of what most people have done, which is go to the furthest countries instead of the nearest. Nonetheless, I couldn’t be more excited to finally cross Europe off my list.

To me, traveling the world was always something that I wanted to do. Yet, it always seemed impossible due to my finances. I was fortunate to have been able to travel throughout the United States in 2012-2013 because of my job, but after leaving that job, I assumed that the extent of my travels would have to be placed on hiatus until I was a bit older. But, somehow, I was able to find the time and money to travel abroad sooner that I had thought.

In all honestly, I’m not sure exactly what I want to see or experience yet. Every time I travel, I research lightly, keeping a few specific places in mind and then just winging it once I get there. I like to go off the beaten plan, explore for myself, and figure out what locals do for fun. After asking around a bit, all I know is that the food and drinks are amazing, the architecture is phenomenal, and shopping is endless.

I’m looking forward to this new adventure, especially since it will be the first time I travel internationally with the two friends that I’m going with. Traveling is not an easy task. Taking the beautifully edited Instagram photos out of context, traveling can be exhausting and difficult, but that’s the beauty of it. It truly tests your limits and brings our your character. And the people you’re with is what really makes the experience worthwhile.

I have yet to travel completely alone yet. I’m still afraid. I’m not sure if I’m ready for it, but I know that when I do, I’ll discover something amazing about myself.

As far as this trip goes, I’m just excited to have fun with my friends.

“We travel, some of us forever, to seek other states, other lives, other souls.” – Anais Nin